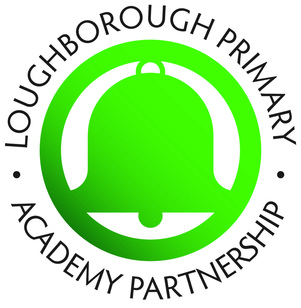 The Loughborough Primary Academy Partnership (LPAP) was formed in 2012 when a group of local primary schools decided to work more closely together. Most of the schools in the group were in the process of converting to academies and sought to forge a partnership of mutual trust, challenge and support to replace the local authority’s framework.

The first phase of the partnership focussed on the complex process of converting from local authority schools to stand alone academies. This would have been a daunting task for any school to undertake alone but the concerted effort of the group eased the process considerably. The success of this initial phase spurred the group to examine ways in which they could continue to work together.

What does LPAP do now?

One of the most successful collaborative activities has been the quality assurance work undertaken by LPAP. Headteachers work in groups of four schools (quads) to monitor and evaluate each other’s work. This begins in the autumn term with a review of standards across the Foundation Stage, Key Stage 1 and Key Stage 2. Their analysis of each school’s data and the subsequent discussions result in a report shared with governors, which offers a professional critique of the current standards in each school. Quality assurance has extended to an examination of teaching and learning as well book trawls and pupil interviews. Headteachers ensure that they allow time for observation, examination and discussion, which result in a deeper understanding of each school. This leads to valuable feedback. Additionally, external Educational Consultants (including a serving Ofsted inspector) are employed to provide further rigour.

The success of the Headteachers’ group has been mirrored by the School Business Managers. Their regular meetings have provided invaluable mutual support as each school adjusts to the academy financial accounts and the academy financial year. Support from more experienced colleagues has helped new staff ease into their role. Joint procurement of legal and accounting services has had financial as well as procedural benefits. The group has been able to share their experiences and divide up the workload between the Business Managers.

Other groups have begun similar partnership work. There is a Foundation Stage and SEND network as well as a Site Manager and Deputies’ network. Curriculum training is provided through membership of the Princes Teaching Institute (PTi) where different subjects are supported each term. Other staff can see the benefit of working together and have proposed groups of their own. Headteachers and governors are happy to support this development as it benefits the staff and ultimately the children of all nine schools.

Why has LPAP been successful?

LPAP consists of eight schools and its size means that it is small enough to focus on the children in the schools without becoming bogged down in procedure and bureaucracy. It enables a network of trusting collaboration to become established but not one that is too cosy to be ineffectual. LPAP has provided a flexible framework for nine schools to flourish and grow within the context of changing educational landscape.